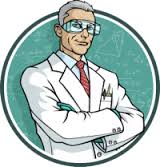 I have an application that requires parts that are 2 inches thick. Any comments on molding thick parts of Millathane® millable polyurethane?

Generally, curing thick articles requires extending cure times, for heat transfer to cure the interior of the part, and very often reducing cure temperatures, to minimize the difference in cure state between the exterior and the interior of the part. The latter is especially important with rubber types that can revert (diminish in properties upon over-curing), like natural rubber and millable polyurethanes.

Peroxide cures of millable PU are usually much less reverting than sulfur cures, so for peroxide cures it may just be necessary to extend the cure time. We press-cured 2” x 2” x 6” (5 mm x 5 mm x 15 mm) samples using two different compounds. A peroxide-cured Millathane 26 compound cured for 26 minutes at 160°C (rheometer test at 160°C showed a tc90 of 7 minutes) and it was evenly cured throughout. A sulfur-cured Millathane E34 compound which had a tc90 of 4.5 minutes at 177°C and 350 minutes at 120°C cured well with 50 minutes at 145°C.

For curing thick sections, it’s best to check the curing with a rheometer test at the intended cure temperature and give additional cure time for thicker sections (we generally add 5 minutes to the tc90 for every ½” (1.3 cm) of thickness). If the rheometer curve shows significant reversion for the estimated cure time, temperature should be reduced, and cure time increased, to minimize over-curing of the part’s exterior.

Can I make a black (or other color) masterbatch out of Millathane millable polyurethane?

Yes, color masterbatches can be made with Millathane polymers, but preferably out of polyether grades like E34 or 55, which will have better shelf life than polyester grades.  If a polyester grade is used (like Millathane 76), it's preferable to use a Premilled grade, which contains 1.5 phr of hydrolysis stabilizer (Millstab™ P), to give the masterbatch better hydrolysis resistance and shelf life.  Polyester urethane masterbatches should be used within one year, while polyether urethane batches should be used within 3 years and stored in cool, dry conditions.

Do you know any additive I can add to a Millathane E34 based compound to make it non-stick to sticky tape? We have tried PTFE powder, but that doesn’t work.

Dear Rhea,
There are several additives that can be added to Millathane millable polyurethane compounds that should lower the coefficient of friction and reduce the adhesion to tape.

1. Add PTFE (PolyTetraFluoroEthylene, e.g.  “Teflon®”, a product of DuPont) powder. Although you have already tried this and indicated that it didn’t work, a different grade or amount of additive may give better results. We have used Algoflon L206, a micronized PTFE powder from Solvay Plastics, at 5 phr in a Millathane 97 compound to reduce frictional characteristics and it seems to work well.

2. Add a small amount of silicone fluid. The addition of 1-5 phr of a silicone fluid like Silchem DF55-1000 can significantly reduce coefficient of friction of cured articles and also give the benefit of improved abrasion resistance.

3. Add graphite or molybdenum disulfide. Both of these will reduce surface friction, although they are only for black compounds.

Can I adhere Millathane 97 to the back of a neoprene belt?

Can transparent articles be made with Millathane compounds?

Other polymers can be formulated similarly, but because of their composition, they would not be as transparent originally nor would they maintain their transparency as well over time as Millathane 97.

I have a soft compound based upon Millathane 76, soft both in hardness and viscosity, and it tends to give blisters in the cured parts. A side issue is that the uncured stock has low green strength and wants to cold flow. Can you help?

The blistering may be due to moisture in the compound, excessive air in the compound, or low compound green strength. If the problem is related to moisture, if the compound is passed through a water dip tank to cool after mixing, perhaps the rubber wasn’t sufficiently dry before it was stacked. Also, compounds can pick up moisture from the air, especially compounds with significant amounts of non-black fillers, so they should be stored protected from ambient humidity. Mixing the compound to a higher temperature may help get rid of moisture that may be present in the raw materials. If the compound has excessive air in the preforms that are being molded, you can try resheeting or preforming the compound to get rid of the air. If the compound contains primarily small particle sized filler, such as silica, adding some larger particle size filler such as calcium carbonate or N990 black (reducing the amount of small particle size filler, if necessary) may be beneficial.

Molding a gray colored part based upon Millathane® E34 periodically produces streaks of darker color. This problem seems to go away temporarily when the mold is cleaned. What’s happening?

- Graying (not so gracefully)

Generally, variations in color shade in cured compounds signify variations in compound homogeneity, where the pigments or sulfur-containing curatives are not uniformly distributed throughout the compound. Bloom of curatives or other ingredients can also be a culprit, as higher concentrations of sulfur or sulfur-containing chemicals on the surface of the uncured stock might give that section of compound a darker color. The problem could also be due to something as simple as dust or dirt settling on the uncured compound before molding.

Since your problem disappears when you clean the mold, it seems likely that the problem could be related to the mold release you’re using. Over spraying the mold surface can cause residual mold release to be pushed around the cavity as its being filled with compound. The residual material can cause slight color changes on colored parts and/or flow lines on the finished good.

I have an application where I need a polyether urethane for resistance to moisture, and need a sulfur cure for the high properties it gives in polyether millable urethane, but I need to improve the heat resistance to meet a specification. Can you help?

Also, the classic cure system gave poorer cured samples when cured at higher temperatures than the standard cure system, giving somewhat dimpled surfaces when cured at temperatures higher than 150ºC. So, for heat resistance improvement in sulfur cures, try the “classic” cure system but be aware that longer cure times at lower cure temperatures may be necessary. Other properties, as seen in the table above, may be slightly lower than expected.

I’m developing several colored compounds based upon millable urethanes, and was wondering if you had any suggestions regarding pigments before I got started.

Generally, you can use the same pigments for Millathane® millable urethanes that are used in other types of rubber, but there are some things to keep in mind. The main concern with colorants in millable urethanes is that if significant amounts of polymer bound pigments are used, the effect of that polymer on the urethane compound has to be taken into consideration as some rubber types (e.g., EPDM, SBR) are not very compatible with millable urethanes. Small amounts of polymer bound pigments are generally not a problem, where the amount of added polymer is less than 1 part. Using powdered pigments eliminates that potential concern.

To get the best dispersion with powered pigments, they should be added early in the mix cycle or even in a separate pass if dispersion is difficult with that pigment or the application is critical (as with thin walled parts that may be stretched during use).

Keep in mind that sulfur cures will inherently be somewhat yellowish or even brownish without any pigment, depending on the compound and curing conditions. Peroxide cures will be much better for color and color stability. Higher temperature curing will generally give somewhat darker compounds for both sulfur and peroxide cures, so for best color it’s desirable to keep the curing temperature as low as practical.

Is post-curing of Millathane compounds necessary or beneficial for optimizing physical properties? Our customer is considering replacing castable urethane with a millable urethane.

Post curing of Millathane compounds is not necessary as it is for cast urethanes, which can require post cures of 16 hours or longer. Post curing can be beneficial, however, for optimizing properties for critical applications. A several hour post cure will generally increase the modulus (tensile stress) of the compound somewhat and will generally have a beneficial effect on compression set, especially with sulfur cured compounds. For example, a silica reinforced, sulfur cured Millathane 76 compound showed the following: The benefits to compression set of peroxide cured compounds are generally more subtle. So, while post curing isn’t necessary, there may be cases where post curing is beneficial to optimize set or other properties, especially if you’re trying to meet a difficult specification. Post cure temperatures are generally 100º - 125ºC for 1 – 4 hours, with lower temperatures generally recommended for polyether grades because their heat resistance is less than that of polyester grades.

I have any application that required a low density urethane material. Can I make sponge or foamed rubber using Millathane millable urethanes?

Yes, you can make expanded/sponge compounds from Millathane millable urethanes, although maybe not in the way you’d expect. The typical method of making sponge compounds is to add a chemical blowing or foaming agent (CBA or CFA) which, when it decomposes during curing, generates nitrogen or carbon dioxide. Unfortunately, these chemicals tend to be difficult to work with in millable urethanes as the chemicals affect the curing of the urethane.

A fairly recent development is the use of expandable microspheres (e.g., Expancel®*) as the expansion agent. These materials are very small polymeric spheres that contain an expandable hydrocarbon gas. Upon heating, the gas, and correspondingly the polymeric sphere, expands in the rubber compound, giving a lower density cured compound.

An example of this technology is a Millathane 97 compound containing 5 parts of Expancel 930DU120. This compound, molded for 4 minutes at 170ºC, tested 41 Shore A and 62 Asker C hardness, and had a density of 0.53 g/cc. A micrograph of the sponge is shown below. Please let us know if you have any specific requirements in this area, as we’re currently doing some further evaluations of these materials.

p.s. *Expancel is a trademark and product of Akzo Nobel

I’ve developed a high hardness Millathane® E34 compound (about 90 Shore A) that meets the customer’s specification except for low elongation. How can I improve the elongation in this peroxide-cured compound?

Good question! There are several things that will improve elongation in your compound. First, check your peroxide level; you may be getting too “tight” of a cure by higher than optimum levels of peroxide. If your peroxide (DCP-40, for example) level is 3 phr or higher, reduce this to 2-2.5 phr, which is about optimum for Millathane E34. This should increase elongation and may also improve tensile strength.

Second, if you’re only using TMPTMA (e.g., SR350 from Sartomer) as a coagent with the peroxide, that may also be giving too tight of a cure and thus limiting elongation. Try replacing a portion of the TMPTMA with about 50% more DEGDMA (e.g., SR231). For example, if your compound contains 16 parts of TMPTMA try replacing 6 parts of it with about 9 parts of DEGDMA, giving 10 of TMPTMA plus 9 of DEGDMA. This should give about the same hardness but improve the elongation.

Also, if your compound uses 100% carbon black for reinforcement, try replacing a portion of it with a mineral filler such as precipitated silica (e.g., Ultrasil VN3 or HiSil 233) at about the same level.

One last note: polyester millable urethanes, such as Millathane 66, will typically give higher elongation and better properties at high hardnesses with peroxide cures than polyether urethanes like Millathane E34. For example, we’ve developed several Millathane 66 compounds with 90+ Shore A and 400+ elongation. Please let us know if you need a formula recommendation.

Sign up to receive information about TSE Industries' products and services.